Stepping into a life of time-freedom through working in
alignment & flow.

The Story Behind Decluttered Intentions

Hey, it's your girl Olivia! Time-Freedom CEO and fellow goal getter fellow goal-getter here to serve ambitious women (like YOU!), to ditch the hustle narrative and dominant masculine ways of working so that you can break out into your next level with feminine flow where you achieve your goals with ease, in alignment with your desired balance and time-freedom vision.

This is my Story

I began my business to help clients declutter their physical space, however, quickly realised the clutter actually comes from a much deeper place, which is when I shifted into life coaching.

Now, I work with ambitious women and soulpreneurs (LIKE YOU!), to support them in streamlining their work and lives so they can actually create the work-life balance they desire.

After years of burning out over my need to prove my worth through my work, adhere to masculine ways of working, and allow toxic relationships to guide my decisions, I hit my enough point and decided it was time to reconnect with my inner power, my wild goddess, and recreate the narratives and strategies of work-life balance and success. And I'm on a mission to help you do the same!

Your desired time-freedom is possible. Living in overwhelm, busyness, and stress is not a sustainable lifestyle, and it leads to a constant state of burnout. You have the power to create your life and business on your terms, and actually do less and achieve more by adapting your own chillpreneur lifestyle of time-freedom!

Now I’ve turned my transformation into an easy-to-follow system that anyone can use to unlock their potential and start enjoying life like never before.

Our story begins long before I ever even considered starting a business (to be honest, that is never something I saw happening for myself).

Our story begins way back in 2003 when my family moved from the US to Germany, where I subsequently was put in a German school without knowing the language or understanding any of the subjects being taught.

This was followed by sudden separation in my family dynamics a few years later causing us to move multiple times. It’s a standard story of divorce, pain and grief, but no one really notices or talks about what happens to you beneath the surface.

This also marked the start of intense stomach pains and constant illnesses, specifically step throat and eventually led to a 3 time misdiagnosis of mononucleosis. I was always tired, living in a constant state of stress, and always on the brink of becoming sick.

Although I never identified it as such at the time (mostly because I didn’t have the capacity or knowledge to do so), I internalised a lot of trauma from this. I repressed the sadness and anger I was feeling because there was no where to channel or express myself, and I was too worried about keeping the peace and making sure my mom was okay (at the age of 13) to allow myself the “privilege” of feeling my feelings. It was all happening subconsciously, but I had given myself the role of the responsible sister, the dependable daughter, and the “oh don’t worry about me, everything’s fine” martyr.

Needless to say, these were not healthy roles for me to be taking on, as they made me act from a place of external validation and the need to please others. Both my parents were perfectionists as I was growing up and all these combined led me to show up to put others before myself, define my worth through others or through my work, and feel constantly stressed about wanting to figure out how to get as far away from this situation as possible.

These actions and then-identities led me into toxic relationships and friendships, the fear of speaking up for myself, and an inability to set boundaries. 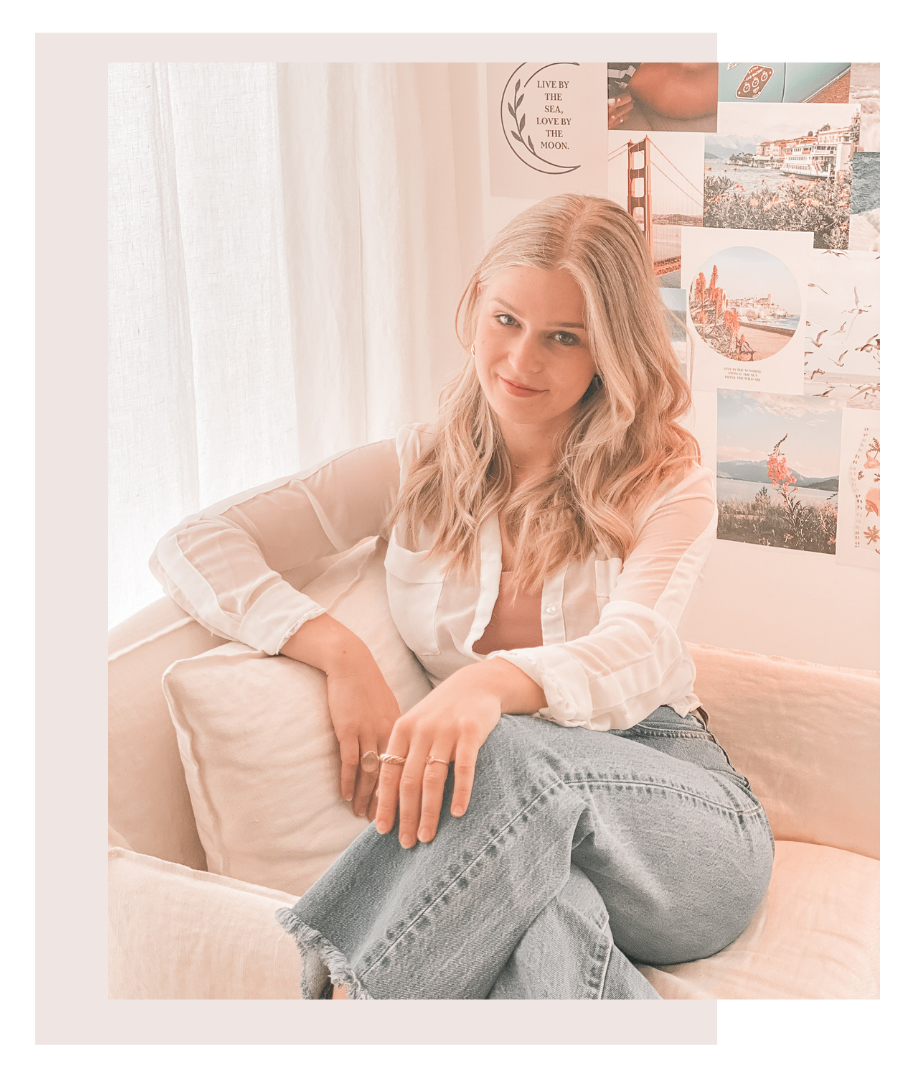 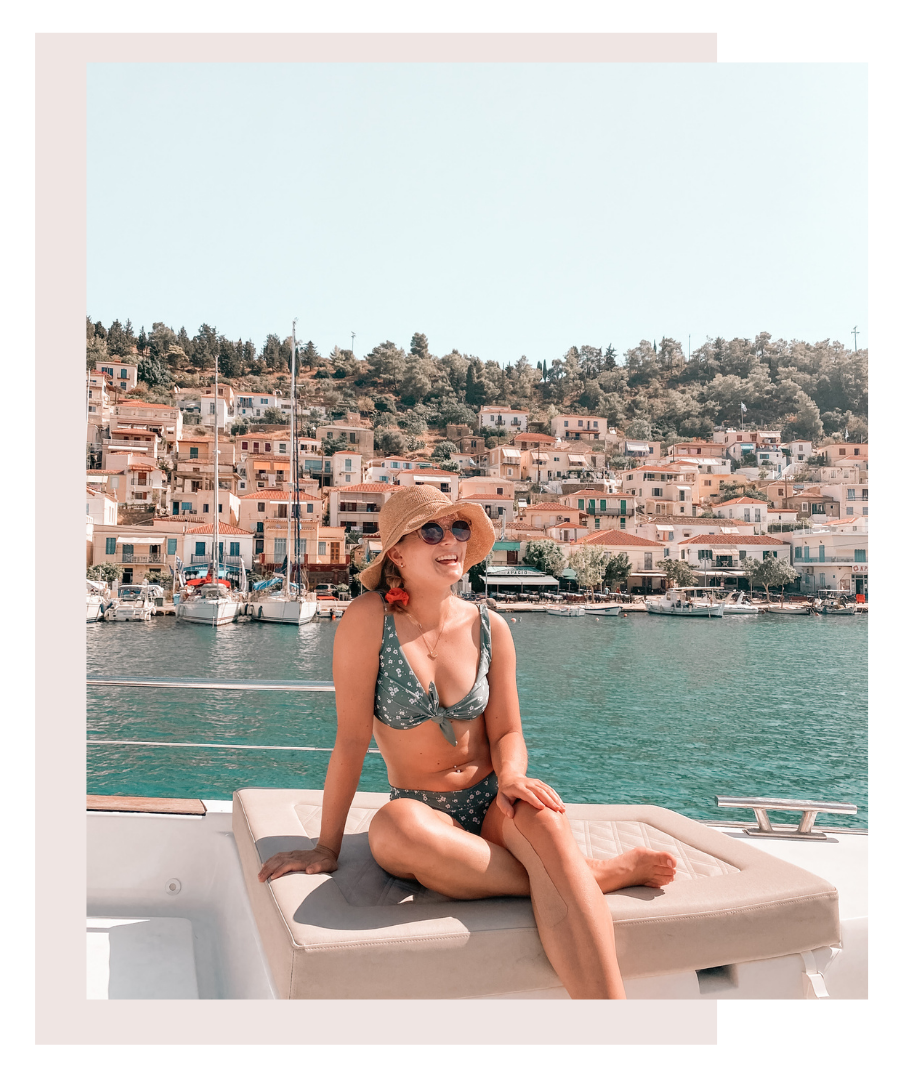 Redefining My Way of Working

In 2019, I was hitting my “enough is enough point.” I decided to take 3 months off to travel, starting with a month long Yoga Teacher Training in Bali.

It was the first time I truly began connecting all the dots, from my past emotional trauma, to the constant illnesses, to perfectionism and people pleasing pressures.

The fact was, that the way I was showing up was so toxic and the trauma I had experienced had created such a shock & was so repressed, that I was showing and experiencing physical ailments.

During this time, I had a reiki session where the practitioner said to me “you are not here on a retreat. You are here in your recovery.” Shit, did that hit deep.

This is where things began to shift. To come to light. To be acknowledged and shifted and released.

I started connecting back to my body - a body that I had largely ignored and felt was more of a nuisance with all the pain “it was causing me” (when in fact it was the other way around).  After 7 years of being on the pill, I went off it. I shifted gears and went into “recovery mode.” I practiced connecting to my intuition and began receiving hits of clarity.

In 2015, I had started my blog called Detox, Declutter, Design, where, before I even realized it, I was talking about mindset and aligned actions for intentional living. During my time travelling, I kept getting hits of guidance to lean into this creation more… to create a website… figure out how I could grow it into something that would enable money to flow to me.

It was time to put into practice what I had been implementing, and expand.

After travelling in 2019, I moved to Toronto with the Intention of finding a new job, yet the Universe had other things in mind. I had build a website, created offerings, and had already been pushed to take the leap with opportunities to host workshops on my work.

I kept turning down job opportunities at marketing agencies (which I thought was what I wanted) because something felt off.

I began questioning on a deeper level, how I wanted my life to be. I had begun manifesting so much, such as my apartment in Toronto, great jobs with awesome people, and amazing opportunities, such as vacations and speaking events.  I knew I wanted the time-freedom to live my life on my terms.

I created my own process of getting into alignment with HOW I wanted to be living and methods for releasing the beliefs, trauma, and identities that were standing in my way. I dove deep into coaching courses, books such as You Are a Badass, Super Attractor, Do Less, and Wild Power, and created my systems for aligned work & time-freedom as I grew Decluttered Intentions and pivoted into Time-Freedom coaching to help other ambitious women create for themselves what I had created for myself. 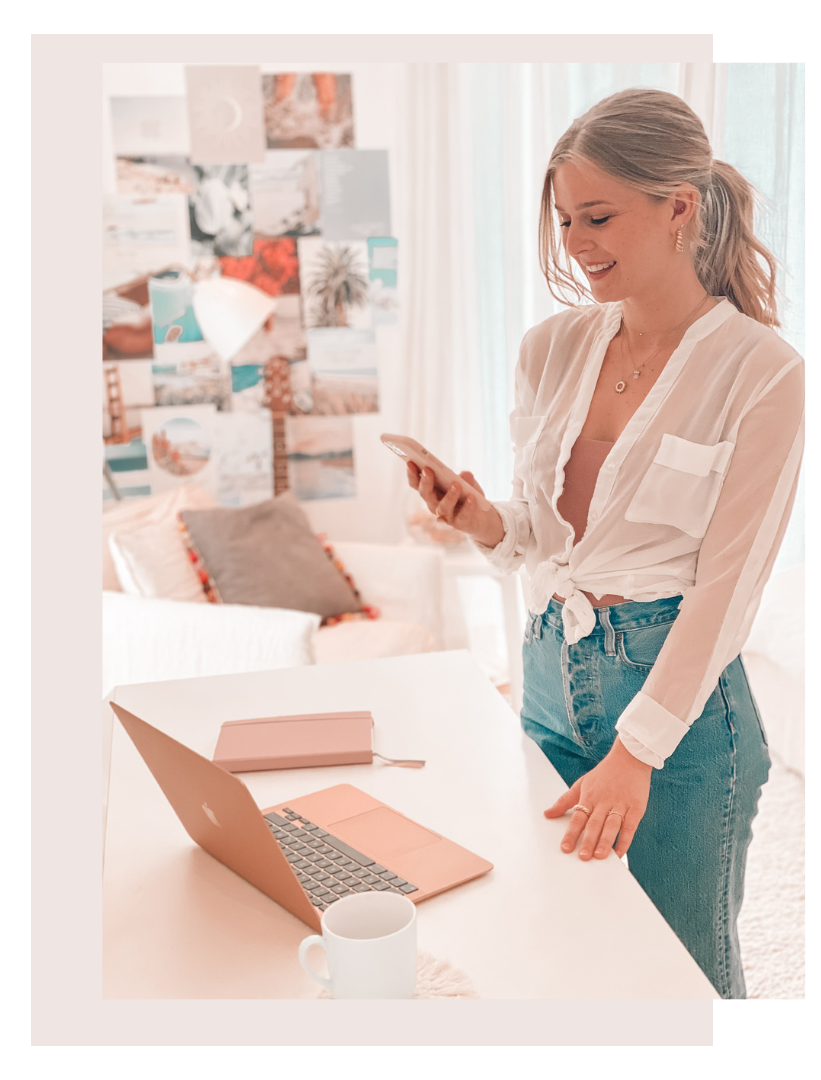 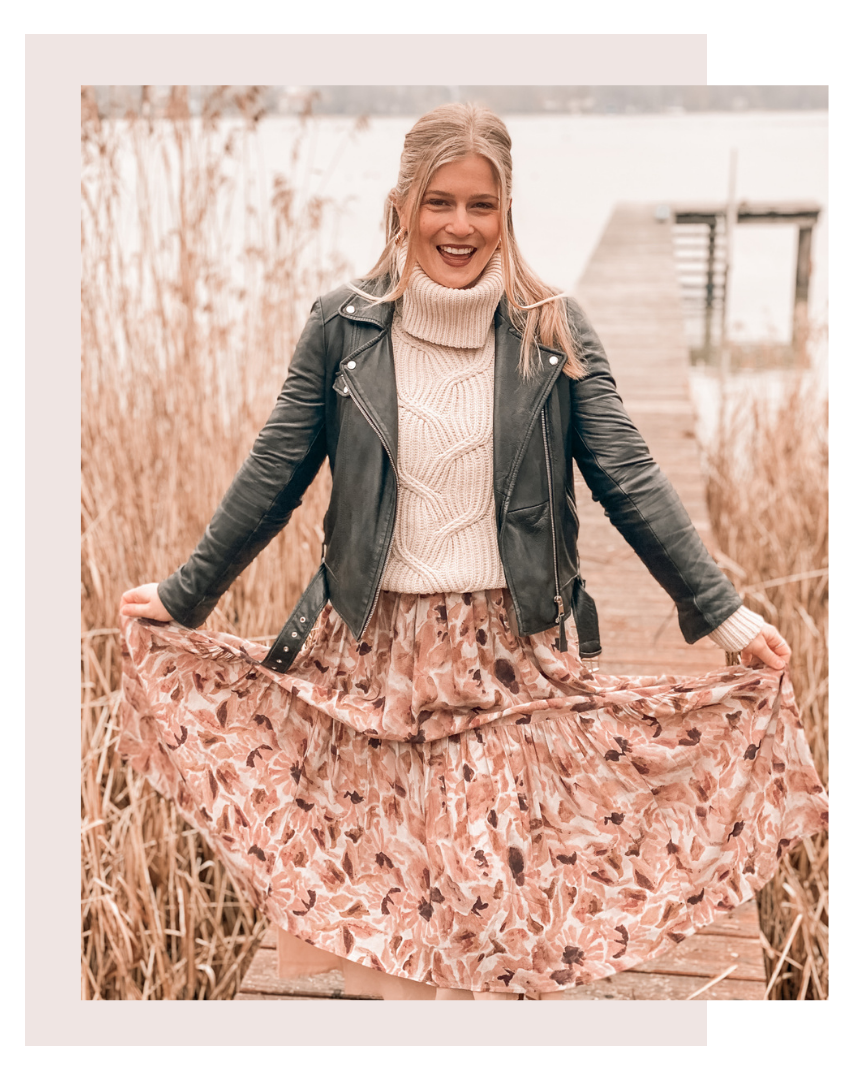 My purpose is now so much bigger than simply being able to be my own boss and create my own time-freedom. I have seen first hand how the dominant narratives around work and expectations for performance make us sick, keep us compliant to the systems of overworking, and prevent us from truly living a life that feels incredible so that we can attract more success and abundance into our lives. Whether you are a working professional, parents, entrepreneur, or all of the above, there is a better way for you to be working, that is aligned for YOU.

Now that you’re here and you’ve gotten to know a bit more about me, I’m so excited to hear more about you. Whether you start with the Align & Allow Episodes or jump right into coaching or the Aligned Productivity Academy, I can’t wait to witness your incredible success story too. If there’s one thing I can leave you with before we get started, it’s this: You are already enough. You are inherently worthy. Your life doesn’t have to be one long to do list and you’re already on the right path to creating the life you desire.

Register for a coaching consultation call to identify your next step!

Let's do it!
Powered by Kajabi